The main theme of the Tanzanian ICT annual conference 2022 in Zanzibar is leveraging the impact of digital transformation in the "blue economy" for socio-economic development.

Daniel Erik Schaer, Ambassador at Large for economic cooperation with Africa, participated in the panel discussion on the same topic. The conference day was preceded by meetings of the Estonian delegation with various organizations, with whom it was discussed how, in addition to mainland Tanzania, to make life better on the island of Zanzibar – the size of island Saaremaa in Estonia – with the help of digitization.
Carl-Rober Reidolf (Net Group) participated in the panel discussion on education at the conference, the topic was the broader need for digital skills of the population. Kedi Välba (Actor) discussed in the panel which focused on the digitalization of services using the example of the courts information system.

A workshop “Roadmap for an Effective e-Government Ecosystem” organized by the Estonian ICT cluster was held on Friday, October 28th, which was conducted by the cluster companies Aktors, Net Group and RaulWalter. The workshop was attended by interested parties from the President’s office, the IT ministry, universities, the ICT Commission, and private companies that provide digital services. As usual, the story of e-Estonia was introduced and registries, digital identity, data exchange and cybersecurity as pillars of e-Estonia, and then examples of services that can be built on these pillars were given. The Q&A round that was moderated by Daniel Schaer. After the workshop, there was a meeting with the President’s Office and the Ministry of IT.

ITL Estonia is an implementing partner of the AU-EU Digital for Development (D4D) Hub. 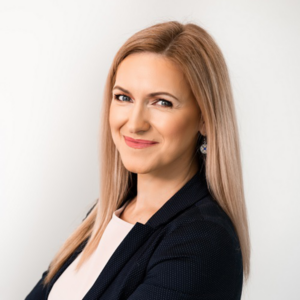